May the words of mouth and the mediation of all our hearts be always acceptable in your sight, O Lord our help and our redeemer.

I have an early memory of being told off at nursery school for using empty pages in my drawing book to draw rocket ships. I wish I could offer this as early evidence of a rebellious nature and a healthy disregard for rules (it wasn’t) but if it foreshadowed anything, it was that art was never going to be my metier and that my fascination with outer space and things fantastical started young. My childhood was enriched by the writings of CS Lewis, Alan Garner and Ursula K LeGuin, the comic super heroes of Marvel and DC, Dr Who, Blake’s 7, Star Wars and continued into adulthood as what I might describe as a guilty pleasure – were there any guilt – to include currently favourites, Star Trek Discovery and Game of Thrones including, on the way, Joss Whedon’s extraordinary turn of the millennium teen drama, Buffy the Vampire Slayer.

Just in case you need a little reminder of the show’s premise, Buffy Ann Summers is an all-American high school girl, as blonde haired as she is apple cheeked, an archetype save that she alone has been chosen from her generation to stand against the vampires, the demons and the darkness. Rather handily, as it turns her home town of Sunnydale is located next to the mouth of hell – what were the chances? On this perhaps slightly shaky premise, Whedon created a drama of surprising power, originality and prescience. An early episode – from 1997 – dealt with a literal demon in the internet. In ‘Once More with Feeling’ all the characters sing their way through the episode as if in a Broadway musical following a demon’s curse (now I might see that as blessing but I have lived plenty long enough to understand that one person’s concept of heaven can be someone else’s very idea of hell). And the Grammy nominated episode Hush proceeds almost entirely in silence as a group of cadaverous yet immaculately tailored ghouls called the Gentlemen float eerily into Buffy’s college town stealing everyone’s voices as a prelude to selecting and despatching victims in a most grisly fashion – turns out it’s impossible to cry for help when you have no voice.

At the end of series 5 Buffy dies, sacrificing herself heroically for her much loved younger sister. Now this being the realms of fantasy – and with it already widely known that series 6 has been commissioned, seasoned watchers of the show surmise this may not be a permanent state of affairs and are proved right when Buffy’s magically inclined friends bring her back to life. Buffy finds being brought back to life very difficult and is given this surprisingly moving speech:

“I was happy. Wherever I was, I was happy; at peace. I knew that everyone I cared about was all right, I knew it. Time didn’t mean anything, nothing had form but I was still me, you know? I was warm and I was loved and I was finished, complete. I don’t understand theology or dimensions; any of it really, but I think I was in Heaven, and now I’m not. I was torn out of there, pulled out by my friends. Everything here is hard and bright and violent, everything I feel, everything I touch, this is hell. Just getting through the next moment and the one after that, knowing what I’ve lost.”

It all works out in the end but today’s Gospel reminded me of that speech and had me wondering how did Lazarus feel about being brought back to life? This is the Gospel – the Good News – so the implication is clear but we never hear from Lazarus himself; like one of that roster of silent characters in the Archers, we know of him but we never hear from him. One non-bible tradition has Lazarus going on to become Bishop of Kition (present day Larnaka) but worried by the sight of unredeemed souls he had seen during his four-day stay in Hades, only ever smiling once in thirty years – maybe not so far from Buffy’s reaction.

As I reflected more on today’s gospel passage, I started to sense something of being brought back to life in that very compressed annual cycle we follow over a few short months of Christ’s birth, death and resurrection. Contemplating that during a service a few months ago, I heard a further resonance in the absolution used that morning:

“God, who is both power and love, forgive us and free us from our sins, heal and strengthen us by his Spirit, and raise us to new life in Christ our Lord.”

So, following today’s story of Lazarus being brought back to life and in this anniversary year, as we in this Christian community of St John’s acknowledge our history and think to the future, I pose the question, how do we feel about being brought back to life and what might that mean?  In forming my answer, I want to make reference to our three most recent Festival pulpits – hopefully disproving that choristers don’t listen to sermons – or perhaps proving it beyond doubt, you can be the judge.

Primus Mark wondered if we were using our location as possibly the most visible episcopal church in the Province of Scotland to full effect. I interpret that as part question about how we should be in the world but also observation that we are in the world however much we may – or may not – think so.

Bishop Christine, articulated the aspiration to disagree with others without diminishing them or ourselves in the process. Not that the Church – either in this place or more widely – practices that perfectly, far from it. But if I can offer my abiding lesson from our Provincial conversation about same sex marriage, it was how the quality of enagement improved whenever those of us participating in them moved beyond seeing each other as simple articulators of an opinion and saw each other as uncertain, sometimes anguished, human beings trying to make sense of a complex issue.

And most recently, Rowan Williams spoke so compellingly of Christ, even when he had another option, resolutely choosing to respect his human nature. As a species, we have long displayed a capacity to do the exact opposite of respecting our own, common humanity in its complexity, even contradiction. Instead, latching onto one aspect of someone’s being or character as a short-hand for their totality – a cognitive bias that can work to someone’s advantage or disadvantage but which, at its worst, has led to truly shocking and catastrophic results.  And of course we are seeing that capacity – to diminish the complexity and dignity of the other – writ large across and in no small part contributing to our current Brexit stalemate.

However, the example of the divine becoming human, and Christ’s affirmation of that humanity can stand between us and the darkness that is that capacity to diminish others and stand as a sign that we can make other choices. I see those choices exercised on occasions when, working alongside a refugee as they adjust to new life – perhaps in a different way, perhaps not – I sense someone’s perception of who or what a refugee is change in light of their actually getting to know a person, not an immigration status. And I both trust I will see it and imagine I will need to practice it when I go to Hong Kong in just over two weeks’ time to represent the Scottish Episcopal Church at the 17th meeting of the Anglican Consultative Council where I will encounter and seek to love brothers and sisters of hugely varied traditions and personal histories amid the differences and tensions which the Anglican communion is striving to encompass.

Seeing and appreciating the complete, complex, inconvenient, contradictory humanity both in others and ourselves is core to my understanding of what it is to be Christian. However  challenging we or others may make that, it’s one way of being brought back to life time and again – real, hard, complicated, glorious, exhilarating life. It’s deeply discomforting – at least I often find it so – but it seems the world needs that as much as – if not more than – it ever has.

Now, to God who made all, knows all and loves all, glory and power for ever. Amen. 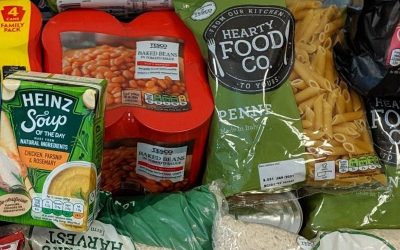 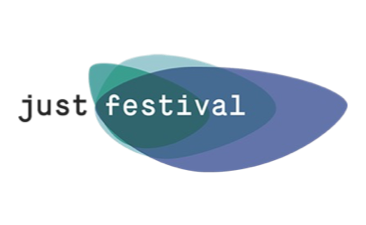