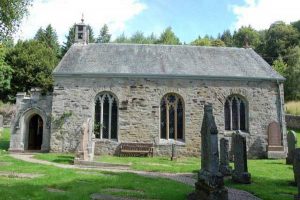 St John’s is part of the Scottish Episcopal Church (SEC). The SEC divides Scotland into seven historic regions, called dioceses, each of which has its own Bishop. St John’s is in the Edinburgh Diocese and our Bishop is the Rt Revd Dr John Armes, Bishop of Edinburgh (who was rector of St John’s until May 2012).

Structure of the SEC

The SEC is governed nationally by a representative body called the General Synod, and each diocese has its own Diocesan Synod. Bishops, Clergy and Laity share in decision-making in these councils.

Dioceses are further divided into areas in each of which there is a congregation. The congregation will usually be led by a Rector who works with the church council or Vestry in planning the life and mission of the local church community.

Part of the Anglican Communion

It began to emerge in its present form from the Scottish Reformation in the sixteenth century. For over a hundred years it was uncertain whether the church would be Episcopalian (in other words, run by bishops) or Presbyterian (run by councils of clergy and elders). However, after the abdication of James VII (James II of England) in 1688, the Scottish Bishops refused to acknowledge the authority of King William and Queen Mary. Consequently, the Presbyterian Church of Scotland became the Established church of the realm and it has continued so to this day.

Episcopalians found themselves penalised and even outlawed throughout much of the eighteenth century. Indeed, many Episcopalians supported the uprisings against the crown in 1715 and 1745 – both of which were defeated and led to more severe penalties against the Episcopal Church. But once the last Stuart heir, Bonnie Prince Charlie, died in exile in 1788 there was no longer any reason for Episcopalians not to support the monarchy and in due course all penalties were removed.

By the time St John’s was built in 1818 the SEC had emerged as a strong, confident denomination with many close ties with the Church of England but not an Established church – in other words, with no official place or authority within the state. The nineteenth century, however, was a period of expansion for the SEC and growth in influence.

The twentieth century saw dramatic changes in attitudes to the Christian faith in Scotland. Like many churches, the SEC experienced decline in attendance, the closure of buildings and a reduction in the number of clergy. But the 21st century has brought different challenges and the realization that matters of faith, spirit and the search for meaning are still of central importance to many people.

The SEC, typified by St John’s, has an attractive liturgy and open, questioning approach to faith. It is in a good position not only to serve the people of Scotland but to be a force for positive change in the Anglican Communion as a whole.

You can read more about the history of the church in Scotland and about the Scottish Episcopal Church on the SEC website.