I wasn’t going to apply for the post of Associate Rector at St Johns. I had every intention of continuing my ministry to Deaf people. I am master – or mistress – of my own destiny, thank you very much. I am a rational, enlightened human being. Why would I give up a comparatively well-paid, 35-hour a week with two days off job, and become full time at St Johns?

We can all fall for the same line. We know the right choices to make. Some of you are paid even better than Church of Scotland ministers for your ability to act wisely and think logically. Our society holds in high regard those who stand up and are not afraid to give their opinion. Who see the lie of the land and make decisions accordingly.

We are in control, aren’t we? Oh, we may pray for those seemingly unfortunate people, where life has dealt them an unkind blow; where events have spiralled out of control; where cancer has struck, or debts become unmanageable. But we live in a society where the underlying assumption is that everyone could ‘make it’ if only they tried. In our arrogance we make God in our own image – we think we have worked out exactly who God is and how it all works.

And when you talk with people outwith the church, that’s often the impression they’ve got from us – there are rules. Be nice to each other. Help those less fortunate than yourself. Don’t swear. Be boring. Don’t smile. Control yourself.

But where’s the Good News?

What do we make of the growing realisation as we progress through life that not everything is certain? That the more we interact with God, sit and listen, catch glimpses out of the corner of our eye of a dynamic, joyful, unlimiting, freeing Creator …. The more out of control we begin to feel. As Walter Brueggemann would say – ‘God is not a mirror for our desires.’

Its rational to love your friends and hate your enemies. We grow up to learn the script. But then Jesus blows it all apart.

‘Love your enemies. Do good to those who hate you. Bless those who curse you. Pray for those who abuse you.’

‘Of course’, we say nervously to one another, ‘that’s hyperbole. Jesus was really just saying we should be nice. That the world would be a better place if we didn’t retaliate so quickly.’

But what if part of the Good news is that loving your enemies isn’t just an aspiration, or hyperbole, but an actual reality?

What would it be like to be able to pray for those who have taken advantage of you? Who have used you?

What would it feel like to be able to love them?

The Old Testament passage this morning is from the story of Joseph – the one about whom Andrew Lloyd Webber wrote the musical ….. Joseph’s brothers had sold him into slavery. Joseph goes from being a slave in prison to become the Governor of Egypt during a time of famine.

Meanwhile, Joseph’s family are starving. They think Joseph is dead. They think they are in control. And when they go to beg for grain, the Governor (whom they don’t recognise as Joseph) forces them to return with Benjamin, the favoured younger brother. After a lot of to-ing and fro-ing, finally in chapter 45 we get the final reveal – its Joseph!

Ah, no wonder the text says that his brothers were dismayed! What’s going to happen now? Is Joseph going to order them all to be killed? After all, even thousands of years later, in our supposedly enlightened world, revenge would be justified, wouldn’t it?

But no, Joseph chooses instead to break the cycle of revenge. He forgives his brothers for what they did to him. He is able to see events from a much wider perspective. Instead, he sees Yahweh – Creator God – working out God’s purposes. He catches a glimpse of God’s providence – God’s ability to ‘see before’, ‘pro-video’ – God’s ability to work on a scale much larger than human understanding. And he accepts God’s gift to him that means he can forgive his family and act irrationally – generously – towards them.

I wonder what it would look like if we began to see our lives and others in the light of a providential God? How would it change our nation? And would our mean-spirited, pushing-away, nationality-stripping, fearfulness begin to be transformed if we began to realise we are not in control?

We are only a couple of weeks away from the beginning of Lent. As we travel together towards Ash Wednesday, increasingly aware of our ageing bodies, our frailty and weaknesses, our need for comfort, mercy and strength. Our longing to be forgiven and freed.

Isn’t there a glimpse of Good News in the promise of the overwhelming generosity of an active, sacrificial, freeing love?

When we realise we are not in control … we accept that God’s intentions might not be in line with ours – that in fact applying to become Associate Rector is what is required….

… then instead of a blinkered, limited vision, there is a glimpse of the outrageous grace and providence of a heavenly Father, where the reality of loving one’s enemies comes just another step closer, and we get caught up in an unimaginable expansion of life – life in all its fullness, as Jesus once said. 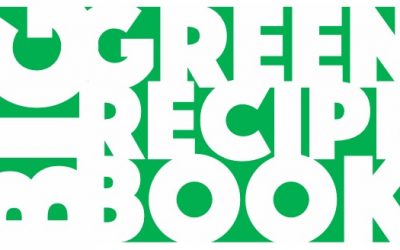 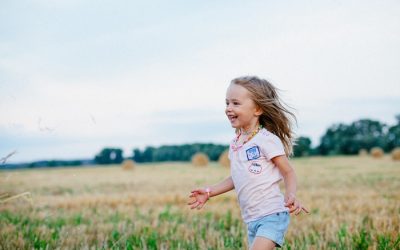