Sometime in the 1950s, Patrick Rodger, who later became Bishop of Oxford, was the curate here at St John’s. Soon after his appointment he was told, “You must get a hat”, and when he asked why, he received the obvious answer: “So you can raise it, when you meet ladies of the congregation in the street.” In those days of course, more ladies of the congregation themselves wore hats, not least in church: if you look at photographs of the congregation, you can measure the passing of the years by the disappearance of hats; and in St John’s nowadays, members of the congregation are more likely to be found to be knitting hats – for the Mission to Seafarers – than wearing them in church.

I was reminded of this last week when visiting some friends of ours who belong to a congregation that is rather more conservative than St John’s. Some members of their congregation, although not our friends themselves, believe women should always wear hats in church, and base this belief on what St Paul wrote in his first letter to the Corinthians, a few chapters after the one we heard this morning: ‘is it proper for a woman to pray to God with her head unveiled?’ Paul asks; and those members of our friends’ congregation believe the correct answer is ‘No, it is not proper: women should wear hats in church’. And that, lest we are tempted to feel superior, is probably how many members of our own congregation in the past also would have replied. So why did things change here, and why as our friends hope, may they also change in their congregation?

Well part of the reason of course is that fashions change, and churches are not immune to this. But something more than fashion is involved. Why have people often taken so seriously and even literally what St Paul wrote about such apparently trivial matters? One reason may be that what Paul also wrote about vitally important matter was so vitally important to them. A couple of chapters on from his discussion of headgear he writes his great 13th chapter in praise of Love: ‘if I do not have love, I am nothing’. Even many of those apparently least touched by Christian teaching recognize that here we are close to the heart of things. And what is true of St Paul is true of the Bible as a whole. The reason why the Old Testament, Epistles and Gospels are read in church Sunday by Sunday, and privately by countless people of faith, is because they speak truth to human minds and hearts, and also, as our Old Testament reading does today, speak truth to power.

The Bible speaks truth to power, and truth to human minds and hearts. But not always; and not if the Bible is read without careful study. Careful study of what St Paul writes in the chapter about veiling women’s hair when they pray and prophesy for example reveals something much more complex than the simple conclusion that ‘women should wear hats in church’.  Paul is trying to work out, on the hoof as it were, the implications of the gospel for his quarrelsome and still half-pagan Corinthian congregation, and he is doing this in the light of his own patriarchal Jewish heritage. The real wonder of this chapter then, is not just that in the end Paul refuses to lay down the law on what women, or men, should or should not wear on their heads in church: it is that by accepting, as he does, that women can and do prophesy as well as pray, he opens up the way, however often later churchmen may have tried to obstruct it, to recognition of the equality of women and men before God, and ultimately to the ordination of women to the ministry and priesthood. What St Paul writes in this morning’s earlier chapter from Corinthians also again leaves open the way to growing understanding of the implications of the gospel: for Christians are led, as Paul puts it, ‘by the Spirit that searches everything, even the depths of God… so that we may understand the gifts bestowed on us by God’.

This morning’s Gospel reading, on the other hand, may not sound so open to further or deeper understanding: ‘until heaven and earth pass away, not one letter, not one stroke of a letter, will pass from the law until all is accomplished’, Jesus says. But here again the Bible needs to be read carefully. The reading comes from St Matthew’s Gospel. Unlike St Paul’s letter, this Gospel was written for Jewish Christians, who like Jesus himself observed ‘the law and the prophets’: and these words, ‘the law and the prophets’, meant for them not the finicky observance of rigid laws attributed in the Gospels, perhaps unfairly, to the Pharisees. The law and the prophets meant, rather, a whole evolving way of life and worship that made the Jewish people bearers of true enlightenment and humanity in the ancient world. Our Old Testament reading today from Isaiah illustrates this:  true worship is ‘to loose the bonds of injustice… to let the oppressed go free… to share your bread with the hungry… to bring the homeless poor into your house… when you see the  naked, to cover them…’  ‘Do not think that I have come to abolish the law or the prophets’ Jesus says; and if Jesus means what Isaiah says, not even the most secular humanitarian today could disagree with his call for justice, liberty and compassion.

‘Unless your righteousness exceeds that of the scribes and Pharisees, you will never enter the kingdom of heaven’. You will never, in other words, enter into true enjoyment of the world, until you learn to enjoy doing what the law and the prophets teach: to do justly, to love mercy and to walk humbly with God. And the key to learning this, as Jesus repeatedly demonstrated in his relationships with ordinary people, is being always willing to forgive and to be forgiven, no matter how often we fail. For the end is Love. As the 17th century English writer and poet Thomas Traherne wrote:

God is present [with us] by Love alone. By Love alone He is great and glorious… O why dost not thou by Love alone seek to attain another self, by Love alone live in others, by Love alone attain thy glory? The Soul is shriveled up and buried in a grave that does not Love. But that which does love wisely and truly is the joy and end of all the world… and the Friend of God.

People often have spoken of God as almighty and all-powerful: but that is not, Traherne says, God’s deepest and most intimate nature and name. For it is by Love alone that God is present with us, and by Love alone that He is great and glorious; and that is something we discover not by thinking, but by learning the joy of  loving ‘wisely and truly’. 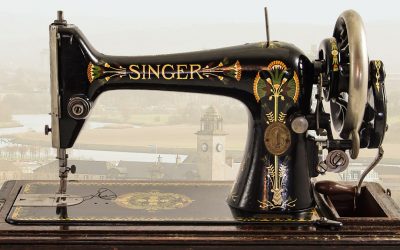 We need your old tools!

Do you have old tools that could be refurbished? Our friends at Garvald would love to hear from you! 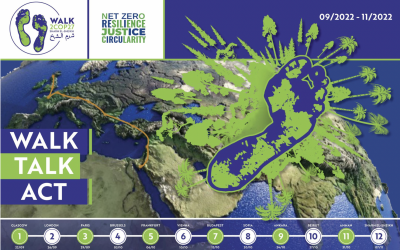 Eco-Congregation Scotland is working with a new initiative called Walk2COP27. 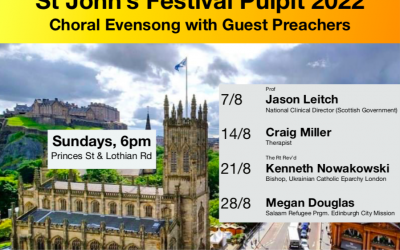